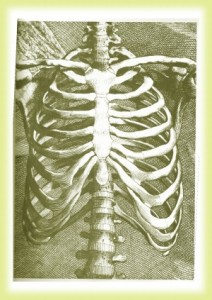 It started in rehearsal encouraged by Eve who has studied the Alexander Technique in college. “Being in bare feet helps you become aware of the muscles you’re using in your body before you start to sing, while you’re singing and it helps maintain your breathing. Much easier than singing in high heels!”

F.M. Alexander was a classical actor who used to become hoarse while reciting, and sometimes lose his voice. He would find himself too short of breath to complete a sentence. He developed The Technique to overcome his voice problems, allowing him to become an eminent actor of his time. The vocal training method that he developed is now used to help people to overcome such voice problems as:

Read more about how to improve the voice.

Students take Alexander Technique lessons , then apply the technique themselves to their daily lives, as well as to voice activities such as singing, public speaking, acting. Through following the technique, students can improve control, achieve better vocal range, and a full rich resonant voice.